Understanding the Health Risks of Snoring

Severe sleep apnea carries a significant risk for early death, but even mild to moderate sleep disorders can be related to heart disease, reduced sexual function, and other problems.

You may think of snoring as a sometimes annoying or embarrassing, side effect of sleep. But before you discount your snoring as nothing out of the ordinary, consider this: People whose snoring is caused by severe sleep apnea have a 40 percent greater chance of dying early than do their peers. That’s because this sleep disorder is related to a host of health problems, from heart disease to depression, warns sleep medicine expert Karl Doghramji, MD, medical director of the Sleep Center at Thomas Jefferson University and Hospitals in Philadelphia.

If you know you have sleep apnea, or you snore, here are 11 conditions linked to snoring and sleep apnea that you should know about. If you’re not sure, this should be the wake-up call you need to discuss your snoring with your doctor.

An analysis of health data from one sleep study found that the intensity of snoring was related to the risk of carotid atherosclerosis — narrowing of the arteries in the neck due to fatty deposits called plaque — and as a result, stroke. Simply put, the louder and longer you snore each night, the greater your long-term risk for a stroke. Protect yourself by getting help for snoring, especially if you experience daytime sleepiness, if your spouse says your breathing stops in your sleep (both signs of sleep apnea), or if you have other health concerns, such as high blood pressure.

“We know that sleep apnea is linked to cardiovascular problems, such as high blood pressure and coronary artery disease, eventually leading to possible heart attacks,” says Dr. Doghramji. In fact, data suggest that people with sleep apnea are twice as likely to have both nonfatal heart disease events and fatal heart attacks. Treatment for this sleep disorder is effective: Clinical studies have also shown that treating sleep apnea with continuous positive airway pressure (CPAP) reduces your heart disease risk to that of people without sleep apnea.

People with long-term snoring or sleep apnea risk developing an irregular heart rhythm, or arrhythmia. Researchers have found that people with sleep apnea are more likely to have episodes of atrial fibrillation, the most common type of arrhythmia, than people without it or people whose apnea is treated with CPAP. Apnea may affect the conductive system of the heart, says Doghramji. Or it might be more common because obstructive sleep apnea appears to enlarge the left atrium over a long period of time.

Gastroesophageal reflux disease, or GERD, is very common in people with sleep apnea, Doghramji says. People who have sleep apnea also may have GERD because of the disordered way in which their throat closes while air moves in and out during sleep, causing pressure changes that can suck the contents of their stomach back up into the esophagus. Both GERD and sleep apnea are related to being overweight and both seem to ease as people return to a normal weight.

This is one of the more serious dangers of sleep deprivation caused by snoring or sleep apnea. Daytime sleepiness can be so intense that it puts you and the people around you at risk, says Doghramji. If snoring or sleep apnea is leaving you exhausted, you run the risk of falling asleep, perhaps while driving. An analysis of health information and driving data for 618 adults over 10 years showed that the sleepier people felt during the day, the greater their risk for a car accident. The risk was also greater if people were driving alone.

Sleep apnea can affect your mental well-being, leading to issues from crankiness from a lack of sleep to serious depression, Doghramji says. In fact, the link between sleep apnea, snoring, and depression is well established. A recent study of 74 snorers showed that the more daytime sleepiness people report, the greater their chances of also having mild depression or anxiety symptoms. Researchers are still untangling this relationship, but treating sleep apnea does seem to help ease depression.

Do you often wake up with a headache? It’s not just from your spouse complaining about your snoring. According to a recently published study of 268 people who were habitual snorers, researchers found a connection between frequent morning headaches and sleep disorders including insomnia and sleep apnea. Not surprisingly, snorers with frequent headaches reported a lower quality of life than those whose heads do not hurt.

Getting up to use the bathroom two or more times a night is a condition called nocturia. For some people, this includes a loss of bladder control. It is also linked with snoring in both men and women. Research suggests that men over the age of 55 who wake up often to urinate may have both benign prostate enlargement and obstructive sleep apnea. Another study showed a strong link between the two conditions.

A study of 827 older men found that the more and the louder they snored, the more likely they were to report lower levels of sexual satisfaction, even though a clinical analysis of their health did not show physiological signs of reduced sexual response. Many people are so affected by their snoring that they don’t have the desire for intimate relations with their spouse, explains Doghramji. Treatment for sleep disorders can usually get you back into the game.

Snoring during the last trimester of pregnancy is usually due to weight gain. Of greater concern, says Doghramji, is that this snoring is also accompanied by an increased risk for fetal complications. The connection isn’t clear yet, but it might not be surprising given the way that interrupted sleep appears to negatively affect almost every aspect of health. Women who snore loudly during pregnancy should talk to their family doctor or ob-gyn.

Half of overweight people also have sleep apnea, says Doghramji. This is partly because of the extra weight that collects around the neck, making it harder to keep breathing at night. The good news is that losing weight improves symptoms related to sleep disorders. If you’re overweight and your spouse or other family members tease you about snoring, talk to your doctor about a referral to a sleep specialist. Whether your snoring is light and lovely, or orchestral, treatment will get you (and your family) back to sleep.

What is Dental Sleep Medicine?

Dental Sleep Medicine is an area of clinical expertise which focuses on the management of sleep related breathing disorders, including snoring, noisy disturbed sleep, sleep apnoea, CPAP intolerance and sleep bruxism (teeth grinding), with the design and fitting of customised oral / dental appliances.

What is Oral Appliance Therapy?

An oral appliance is a device worn in the mouth only during sleep. The device fits similar to a sports mouth guard or orthodontic retainer and prevents the airway from collapsing by either supporting the tongue or jaw in a forward position, thereby opening the airway. 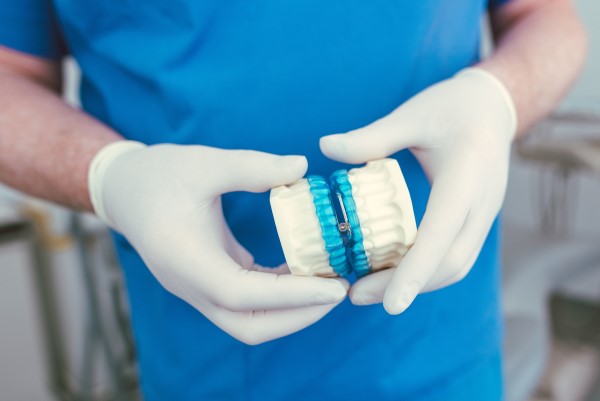 With a custom fitted oral appliance, we can help minimise or eliminate the symptoms of Sleep Disordered Breathing. Sleep apnoea (in mild to moderate cases) including loud snoring, gasping and unpleasant noises.

The device can also act as an alternative treatment for patients (on medical advice only) who have been prescribed CPAP by their medical consultant, finding it difficult to adhere to this therapy for management of their sleep apnoea condition.